Doug Alexander is a seasoned Hospitality Executive who began his career in the Entertainment business from working on the Saturday Night Live TV show to numerous bands such as Van Halen’s world tour, Foreigner, Mick Jagger, and Keith Richards of the Rolling Stones Band to name a few. He got his start in the Food & Beverage industry as a junior manager with Ark Restaurants after opening and operating his own 500+ capacity nightclub in the Hamptons in his 20’s. He worked hard, quickly earning his way to securing the position of General Manager at Caroline’s at the Seaport, a multi-unit restaurant/night club operation in NYC. Doug’s responsibilities included but were not limited to turning the establishment from a losing $750,000 entity to a $1 million financial swing within a fiscal year. He then found, negotiated, and oversaw the entire relocation process of the now award-winning Caroline’s on Broadway, inclusive of the A & E TV Show “Caroline’s Comedy Hour.”

Doug continued his career to become the Director of Operations and HR Director for the famed Joe and Lidia Bastianich Restaurant Group. In addition to the oversight of all NYC venue operations, he was instrumental in planning the company’s expansion to other prospective sites outward from NYC into secondary market searches in cities throughout the United States.

Recruited by the legendary Warner LeRoy, Mr. Alexander joined the Tavern on the Green team, first as Director of Operations and then promoted to General Manager. While running the nation’s highest grossing restaurant of that time which accommodated over 500,000 visitors annually, Doug negotiated Union contracts, retrained the entire FOH staff, oversaw 16 department heads and a staff of over 600 people. Doug helped create and master planned all the seasonal changes including menus, financial analysis/projections, staffing, and world-famous holiday lighting of the trees.

As consultant, he spent time in the steep, mountainside coffee farms outside of Medellin in Colombia SA. learning the coffee business. He then passed 20 levels of the acclaimed “Q Grader” certification test. During this time, he helped conceive a plan to roll-out over 100 of the newest concept of “Specialty” coffee house developments across America.

As Vice President of FB Hospitality Group, Mr. Alexander grew the company from 8 to 20 venues with locations in Manhattan, Hoboken, and the New Meadowlands Racetrack, increasing his list of openings/start-ups to over 30. Previous projects included the opening of Spotlight Live, an Elizabeth Blau (Las Vegas Guru) operation with over 25K sq ft, 4 floors and 4 bars, including Penthouse VIP, The celebrity, jam packed Jean-Luc restaurant group from 1 to 7 units (NYC, The Hamptons (4), Princeton NJ) and the Beautique revamp in both the New York and Hampton locations. He also oversaw the co-brand merger of The Surf Lodge, and We Work which launched at the Wall Street Location in the Financial District. Having opened new Food and Beverage concepts in Hilton and Rivington Hotels, Doug also has experience in negotiating Union and non-union contracts and real estate commercial leasing agreements.

Doug formed The Imagine Culinary Concepts company to create new and exciting brands from concept, design, menu and image for long term growth and expansion, nationally and internationally with multi-million dollar investments of internationally respected investors. Lobster GoGo was the initial brand to be launched and opened in the new Seaport District in Lower Manhattan. 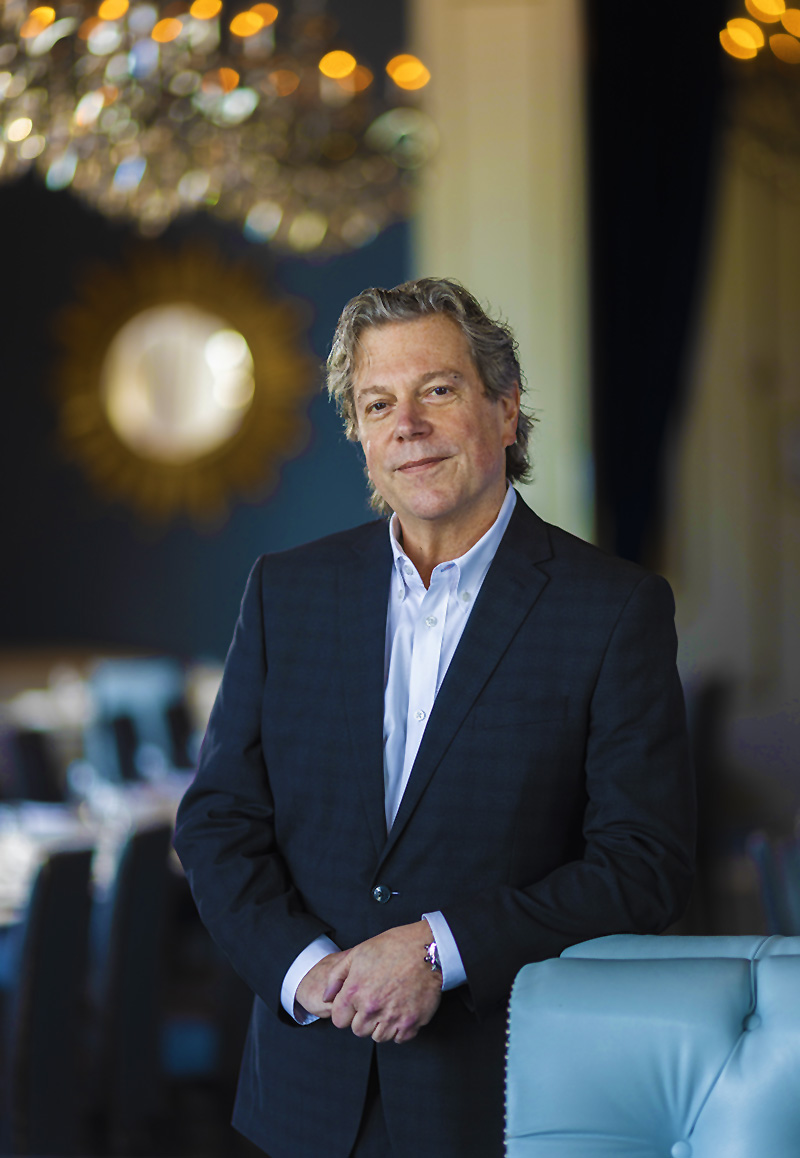