Ney Pimentel, Brand Manager and Creative Director is forever pushing creative boundaries to new heights. As a brand strategist for some of the world’s greatest superstars and Fortune 500 companies, Ney’s uncanny sixth sense for what’s new, hip, and stylish gave his clients the edge they needed to stay ahead of the competition. This ability captured the attention of entrepreneur and restaurateur Alexander Duran. Ney has been consulting with Duran for five years and recently joined the executive team of Duran Entities.

Ney points to his restless character and creative spirit, combined with his pursuit for excellence, as the engines that fueled his success. While working as a free agent, Ney’s diverse work environment fed his desire to set and meet ever-higher challenges. He relished the opportunity to create messaging and visuals for a multitude of first-rate companies in the entertainment, music, television, and fashion industries. His tasks included branding assignments that covered the gamut from clothing lines to sportswear to marketing campaigns and more. His clients are like a who’s who and include such recognizable names as Wu-Tang Clan, Madonna, Sony, Capitol Records, Jay-Z, HBO, Adidas, Puma, and Nike, as well as a dozen New York City restaurants.

As a consultant, Ney was tasked with branding Duran’s newest restaurant, VENTANAS. His design influence touched everything from logos, menus, décor, uniforms, and even how a guest is greeted. The gorgeous, star-reviewed restaurant is now one of New Jersey’s most popular spots, a bustling restaurant by day and a packed club by night. Then, Ney rebranded Son Cubano – Duran’s first restaurant – instilling exciting new energy while paying tribute to its original, glamorous Cuban concept. As a result, both restaurants, while unique, embrace a shared dynamic charisma most often found only in the world’s greatest cities.

When forming his executive team for Duran Entities – an umbrella company that encompasses the two restaurants, a top-rated nursery school, new projects, and a consulting branch for the hospitality business – Duran asked Ney to come on board full-time as an executive member.

Ney will continue to tune into the hip-hop and Latin influences he grew up with, along with his urban edginess and ability to predict the next chic trend to keep VENTANAS and Son Cubano fresh and exciting. Ney’s contributions will remain pivotal to Duran Entities’ newest endeavors and continued growth.

Ney Pimentel is a graduate of Montclair State University with a degree in Graphic Design and a concentration in Brand Identity and the Psychology of Design. 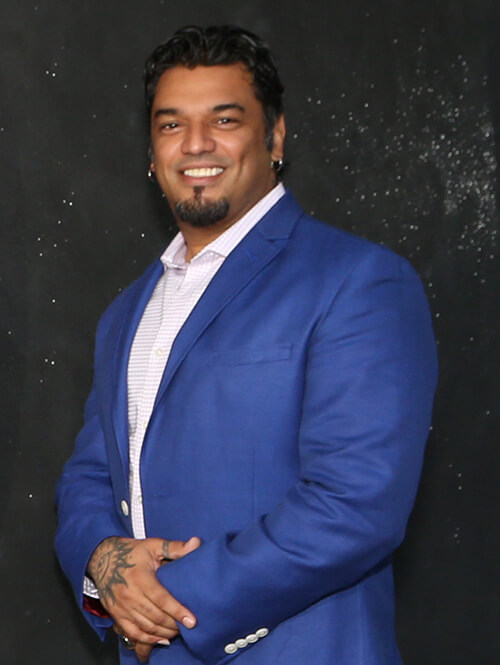